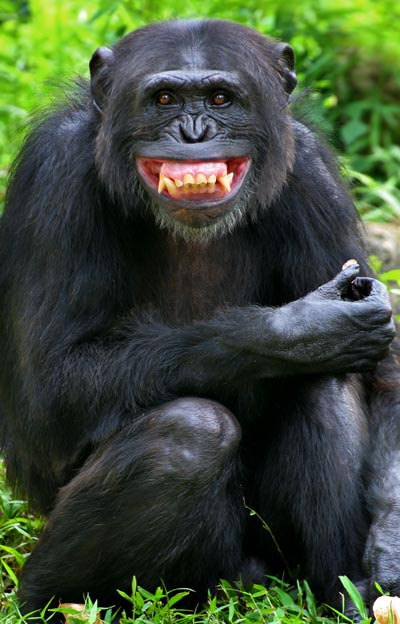 Biomedical research is a field that has been immensely important to the advance of medicine without occupying much media spotlight. But because some of this research uses animals, it's a juicy target for animal rights activists at organizations ranging from the Humane Society of the United States to PETA—whose president famously declared that “even if animal research resulted in a cure for AIDS, we’d be against it.”

HSUS shares PETA’s goal of eliminating all medical research on animals. The top sponsor of this year's HSUS "Taking Action for Animals" conference was the American Anti-Vivisection Society, whose stated goal (see its ad on page 25) is to "end the use of animals in science." So much for curing cancer.

It came as no surprise that HSUS crowed last December about a research paper—which HSUS itself initiated—that appeared in the Journal of Medical Primatology. The article reviewed the past 10 years of hepatitis C research on chimpanzees and concluded that the primates were not useful in working toward a cure.

It was written by Raija Bettauer of McLean, VA. Bettauer has a Master of Science degree, according to the study's text, but she apparently is primarily a lawyer who has written on financial and banking topics, is affiliated with the ASPCA, and used to work for the U.S. Treasury Department. Her listed affiliation in the study itself—"Bettauer BioMed Research"—doesn’t have a website, boasts a whopping 10 search results on Google, and isn't in the Virginia State Corporation Commission’s database at all. It also doesn't show up in Washington, DC. (We can't find evidence that it legally exists anywhere.)

Medical researchers whose work depends on chimpanzees didn't take HSUS's contribution to the debate lightly. In a letter to the editor published two weeks ago in the same medical journal, five research scientists (including 3 veterinarians) expressed their doubts about Bettauer’s work—and about HSUS’s goals.

It appears that this study was initiated and supported by The Humane Society of the United States (HSUS), an organization that openly advocates an "end to the use of animals in biomedical research." As stated by the author, the purpose of this article "was to ascertain the extent of chimpanzee use … and any related health and welfare issues." It is our view that this article does not objectively evaluate the effectiveness of the chimpanzee model in hepatitis C research. The article appears to contain numerous unsubstantiated conclusions that support the HSUS agenda of banning the use of chimpanzees in biomedical research.

The scientists go on to dissect, point by point, the contentions of the HSUS-backed research article. The whole thing is worth reading, but this nugget stands out:

The author states that "there is currently not sufficient data or scientiï¬c consensus to establish the biological relevance of the chimpanzee model for [hepatitis C virus]." As evidence that is contrary to the author’s statement, we refer the readers to the recent publication in Science of results from chimpanzees that establish great promise for a microRNA-silencing drug (SPC3649) for treating hepatitis C patients [4].

Of course, “great promise” doesn’t matter to animal rights activists ideologically opposed to using animals to cure human disease. They would rather ban it and leave us with computer models (or people) to conduct experiments with. As HumaneWatch “guest blogger” Cheeta the Chimp wrote a few months back, this isn't HSUS's only foray into chimp politics. But don't count on the group to bother with scientific realities when it chooses to weigh in.