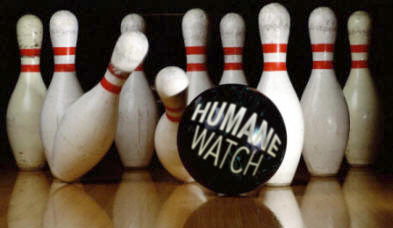 In the first seven weeks that HumaneWatch has been online, the articles that attracted the most eyeballs discussed our advertising about how little of its money the Humane Society of the United States shares with pet shelters, the growing trend of companies abandoning their support for HSUS after negative public reactions, and the RICO lawsuit filed against HSUS by the Ringling Brothers circus. You also paid special attention to the story of HSUS's deceptive New Mexico livestock auction video, the groundbreaking decision of Charity Navigator to downgrade HSUS's nonprofit ratings, and HSUS's apparent habit of ignoring its own charter documents in its search for fundraising opportunities. And, much to our great pleasure, our co-blogger Cheeta had quite a following too.