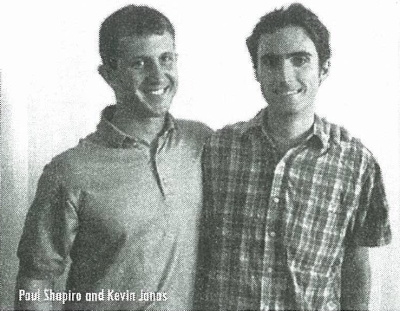 Paul Shapiro is a member of the “Animal Rights Hall of Fame,” and in charge of anti-animal-agriculture campaigns at the Humane Society of the United States—a moderate-sounding animal rights group that most Americans believe is affiliated with their local humane societies. (This is not the case.)

Appealing to mainstream values is a strategy that the Humane Society of the United States employs constantly, but the group’s end goal is far out on the fringe: By the “humane” treatment of animals, HSUS means an end to all human uses of animals, whether on the farm, in medical schools, at the zoo, or on the dinner table. That’s something mainstream Americans just don’t agree with.

Skeptical? Before Shapiro adopted HSUS’s more moderate “animal protection” tone, he was all about “animal liberation.”

About two years before he joined HSUS, the magazine No Compromise published a point-counterpoint debate between Shapiro and Kevin Kjonaas, a former Animal Liberation Front spokesman and since-convicted felon.

No Compromise, now defunct, described itself as “the militant, direct action publication of grassroots animal liberationists and their supporters.” In other words, it was a cheerleader for the animal rights movement’s violent, nasty underbelly.

While Kjonaas advocated leveraging fear and trepidation against animal-rights targets, Shapiro argued in favor of using the mainstream media to promote their common agenda. But tactics aside, there was a common agenda: Shapiro (now with HSUS) and Kjonaas (now in federal prison) both agreed “animal liberation” was their end goal. That means ensuring that no one can drink milk or eat meat, cheese, or eggs. Period.

Like it or not, hundreds of millions of Americans consume mainstream media every day-along with animal products, as well. … These are the very people who must change their eating habits in order for animal liberation to become possible.

While it would be great to wait for the public to start consuming independent media, to force animals to wait for their liberation until such a societal shift takes place is both unfair and unethical…

The only way we can fundamentally reduce the level of animal suffering is to reduce the number of animals people eat.

Today, HSUS’s corporate line is that it wants merely to “reduce, refine, and replace” animal products in our diets. In effect, that means the gradual “liberation” of animals to end humans’ use of them. Especially as a part of our diets.

The irony is how this point-counterpoint was a precursor to both men’s futures. Kjonaas, who took a media-be-damned approach, engaged in activities that ultimately earned him a 6-year prison sentence. Shapiro, who favored playing the mainstream media like a rented fiddle, now does exactly that for HSUS. And he’s certainly not the only one.