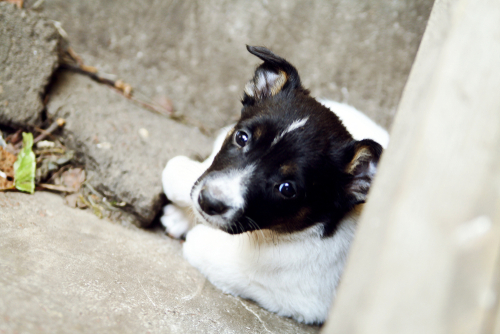 According to a recent New York Times report, pet shelters are starting to experience an unusual problem: puppy shortages.

Across the country, shelters are shuffling dogs from poorer areas in the South to wealthier areas across the North. The trend started after Hurricane Katrina ravaged the Gulf, causing thousands of animals to suddenly become homeless. A few years later, ASPCA launched its famous Sarah McLachlan commercial; suddenly it was fashionable to adopt pets.

Adoption may be on the rise, but that doesn’t eliminate public demand for specific breeds. Previously we have written about how in order to meet demand for certain breeds, some shelters buy puppies from breeders at auctions. Now, some shelters are moving dogs around at an alarming rate in hopes of increasing adoption rates and meeting consumer demand.

But several challenges have arisen.

Transporting shelter dogs across the country can create animal welfare issues. Case in point: Earlier this year, 20 dogs died under the care of ASPCA while the pups were being transported from Mississippi to Wisconsin. As we suspected, the animals died due to excessive heat exposure. The sad irony of the event is that ASPCA is fully aware of the dangers posed by excessive heat—ASPCA’s website is full of blog posts and printouts advising how to prevent such needless death.

Another risk is the spread of animal sickness. Several states have laws preventing the spread of animal disease, but many shelters have found ways to work around them, according to the Times report. Some rescues have even started importing dogs from halfway across the world. In May, the CDC suspended dog imports from Egypt because several rescue dogs arrived with rabies. The use of tactics such as meeting in the dead of night or meeting in another state to exchange animals in order to skirt the law is not unusual.

But why is this even happening? What caused this dog shortage?

The Times points to strict spay and neuter laws in wealthier parts of the northern states. Spaying and neutering creates a lack of animals in shelters.

But this is only one part of the story.

A bigger factor may be the state and local laws that have outright banned the sale of dogs and cats at pet stores. Ostensibly, these laws are about combating substandard breeders. But these laws prevent animals from good breeders from being sold at stores. These laws choke off good breeders from being able to provide healthy dogs for the public. If people can’t buy from pet stores, then they’ll go to rescues and shelters. But these operations don’t breed animals. So when the public wants certain breeds, that creates a huge incentive for these groups to bring in dogs from other parts of the country or the world—and potentially cut corners while doing so.

Adopting homeless animals is good, but the lobbying from some anti-breeder groups has created problems we are seeing today. There is no mechanism we’re aware of for tracking how many dogs are coming in from Egypt, Thailand, or South Korea. But if the CDC is taking note, then the number isn’t small.

Will any of the groups like HSUS that helped create this issue now try to solve it?