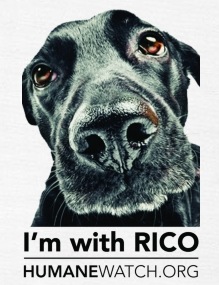 The Humane Society of the United States, two of its lawyers, and its affiliate the Fund for Animals have paid $15.75 million, along with other animal rights activists, as a multi-party settlement of a federal racketeering lawsuit. Today, HSUS put out a defiant statement—a rather odd tactic when you have egg on your face—claiming, among other things, that “We expect that a substantial portion, if not all, of the settlement costs to The HSUS and The Fund for Animals will be covered by insurance, and in the end, that no donor dollars from The HSUS will go to Feld.” (Feld is the owner of Ringling Bros. circus and sued HSUS.) HSUS CEO Wayne “I don’t love animals” Pacelle asserted, “In the end, no donor dollars from The HSUS will go to Feld.”

There’s just one small problem: HSUS doesn’t have any insurance coverage for this litigation.

Last year, HSUS sued its liability insurance company, National Union Fire Insurance Company of Pittsburgh, for denying HSUS insurance coverage in the RICO litigation. Indeed, HSUS admits in its lawsuit against the insurance company that it is not covered for the racketeering lawsuit:

“28. Plaintiffs [HSUS and two HSUS lawyers] are now required to defend themselves in the Feld Litigation without the benefit of the insurance that HSUS (and its affiliates) purchased from Defendant National Union to protect them.” […]

“33. HSUS, Lovvorn, and Ockene are currently deprived of insurance coverage for which HSUS paid […]”

According to the suit, the insurance company alleges HSUS did not make a timely claim after it was sued by Feld in 2010 for bribery, obstruction of justice, and other torts. HSUS says it went by the book.

According to federal court records, this lawsuit between HSUS and its insurance company is still ongoing. The latest filing (yesterday) was a reply to a response to a motion to strike.

So as far as we can tell, HSUS is currently denied liability insurance for this case. Perhaps HSUS is confident that it will eventually prevail and get coverage. But for HSUS to say at this point that no donor money is at risk in the $16 million multi-party settlement seems misleading at best. We would call it a bald-faced lie, but you’ll note that HSUS wrote the weasel words “We expect” and “In the end.”

HSUS chose to omit the inconvenient truth from its statement—that, as of now, its coverage for the RICO lawsuit has been denied by its insurer.

But from a group that deceives its donors and (allegedly) paid a witness, taking the high road and being fully honest with the public and the media doesn’t seem to be the top priority—if it’s a priority at all.