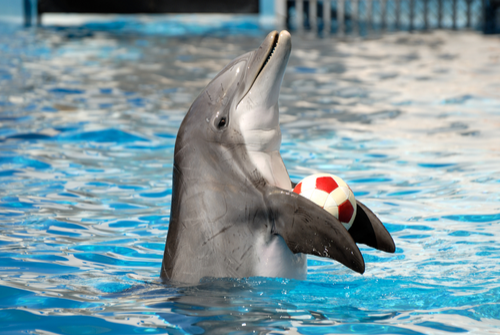 For young children, going to an aquarium or zoo can be a valuable experience, providing an opportunity to learn about the variety of life and the different challenges faced by a host of animals from different environments. Along with this educational value, a visit can result in quality family time. Except if animal liberation activists enter the park.

At a SeaWorld park, a small but disruptive group of activists interrupted a dolphin show, resulting in the cancellation of the performance. Some activists entered the water with the dolphins, potentially endangering the animals and themselves. The audience was outraged.

From the Daily Mail:

Members of the public were enraged at the cancellation and said the protesters completely disregarded hardworking families who had paid money for the performances.

‘Congratulations that’s another 2000 odd people who will now have no respect for your cause after ruining their day in front of their children,’ one person said.

‘People do not respond well to being made to feel bad for showing their children a good day.’

Others were quick to point out the contradictions in the activists’  message to stop people from paying for these events.

In order to attend the dolphin show the members of the group would have had to purchase tickets to the grounds.

Tactics that only enrage people can hardly be called effective. It’s because of actions like this that the public is waking up to the truth that these radical vegans care more about attention than actually engaging in a conversation with the wider public. So in some respects, these protestors are doing everyone a favor.

For more stories in our “Humaniacs” series, click here.