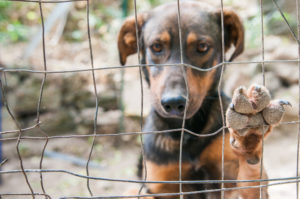 The Humane Society of the United States, like an unfortunate number of large, bloated charities, wastes a lot of money that could be used for good. But the real crime might be in how the organization concocts talking points that make it seem otherwise. In fact, it appears that much of HSUS’s “hands-on care” consists of merely snipping street dogs’ testicles in foreign countries, to put it bluntly.

HSUS does not run a single pet shelter despite its name. Its CEO gets a sizeable $450,000 compensation package; the group has shoveled $150 million into offshore funds since 2012; and it has gotten “D” and “C” grades from the respected evaluator CharityWatch for high overhead.

HSUS tries to deflect this criticism by claiming it cares for a lot of animals. We’ve debunked this talking point time and again over the years, but this year HSUS is now claiming it has cared for 300,000 animals—three times the number it claimed just two years ago.

HSUS provides no formal accounting of this figure, so that’s the first hint that this figure is preposterous. But from the organization’s website we’ve been able to tease out some specific programs in the United States:

Which leaves about 283,000 missing. Where are they? Most of those appear to be street dogs that are sterilized in India, Bhutan, and other developing countries. HSUS signed a two-year agreement in 2015 to sterilize or vaccinate 400,000 dogs in India. And HSUS isn’t doing this for free—local governments are compensating them. HSUS even canceled an agreement with one Indian locality last year because it felt it wasn’t being paid enough. This, from an already wealthy charity, mind you.

So there you go. When you give to the Humane Society of the United States, you’re probably not helping any animals in the US. Instead, you’re helping money-grubbing blowhards who act far more pious than they really are pad their salaries, pension plans, and Caribbean funds.

The solution? Give to your local shelter directly. They’ll appreciate it—and they’ll be a lot more upfront about how they use your donation.