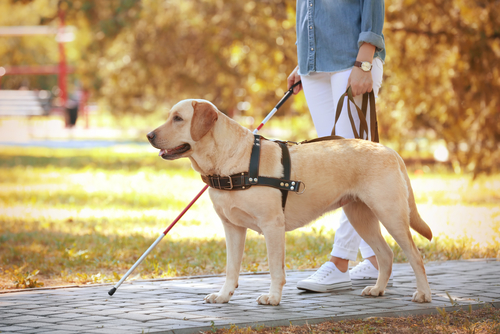 Care for injured veterans is important, and service dogs play a vital role in helping wounded warriors recover. So why is the Humane Society of the United States supporting legislation that would hamper service dog training?

SB 295, a bill supported by HSUS that would have impeded service dog training, recently died in the Texas Legislature. Like most bills, it was marketed under seemingly innocent pretenses. Advocates said the bill would prohibit extreme tethering—and everyone would agree it’s inhumane to chain a dog to a tree all day in 100 degree weather.

But the devil is in the details—and it’s a good lesson of how lobbyists can mislead.

The bill would have set strict regulations for tethering and housing animals, with exceptions for those who have state-issued licenses to do so.

This would have harmed programs for training service dogs, which can use tethering. Why? Because these programs are not state-licensed.

Instead, there are certification programs by animal experts who have researched and studied animal training. Often, the skills they learn are through independently accredited programs like the American Kennel Club’s Good Citizen Program or The University of North Carolina’s Peer Assisted Wellness Support. These programs train dogs that go on to help veterans with PTSD, the blind, and numerous other disabilities. Had HSUS had its way these programs wouldn’t have been able to be implemented.

A recent AKC blog points out how easy it is to be considered a criminal by laws like SB 295. The AKC notes that having a long leash on your pet, even in a fenced backyard with shelter and water, could result in criminal charges and your pet being taken away.

Texas legislators saw the errors of SB 295 and the bill was not passed. The bill is also a key example of why it’s important to do your research and not blindly trust proposed legislation just because it sounds nice.