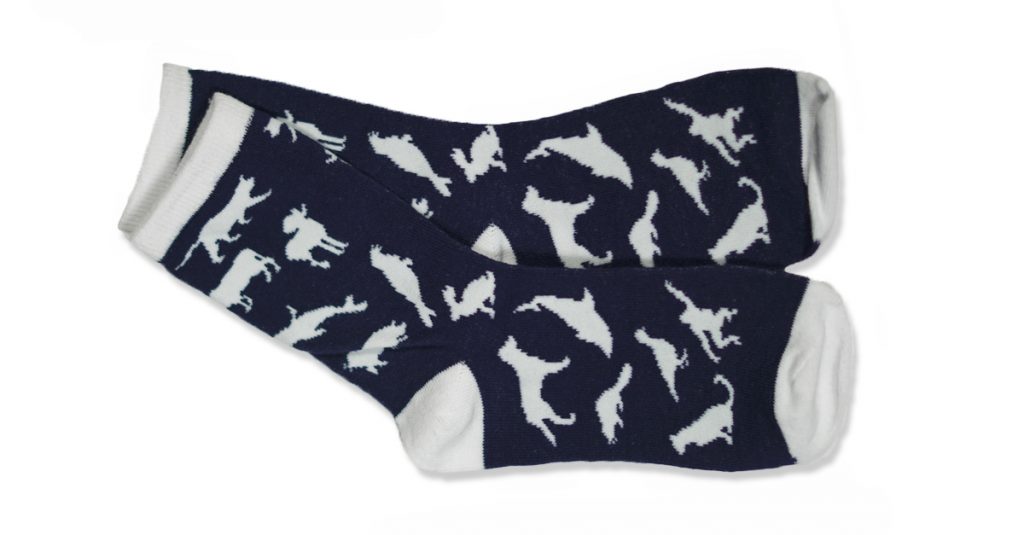 The recent sexual harassment scandal at the Humane Society of the United States (HSUS) revealed allegations of years of horrendous treatment of female employees at the charity. There’s another serious chronic problem at HSUS: Wasting donor money. Example A is sending cheap, unsolicited “gifts” to prospective donors.

We came into possession of a recent direct-mail package from HSUS that included a pair of HSUS-themed socks. In the fundraising industry, these are known as guilt mailings. The idea is that by giving someone an unsolicited gift they will feel more compelled to donate, either out of guilt for receiving the (unsolicited) gift or guilt to cover the cost of the gift. HSUS has employed other sleazy and deceptive tactics over the years, like its famous sad dog ads that imply that the organization spends the bulk of its resources helping pets, when in reality only 1% of its budget goes to pet shelters.

Overall, more than half of HSUS’s budget is spent on fundraising, according to its most recent tax return. HSUS has worked with such fundraising consultants as Quadriga Art, which agreed to pay $25 million to settle allegations of improper solicitations.

With the recent revelations of sexual harassment allegations against former CEO Wayne Pacelle and former VP Paul Shapiro, the HSUS board and executive staff ought to be introspective about how they can act ethically. Here’s some free advice: An organization with “humane” in its name shouldn’t mistreat its staff—or donors.