We're running a full-page advertisement in today's editions of The New York Times. Click on the graphic below to view a PDF of the ad. Our press release follows after the jump. 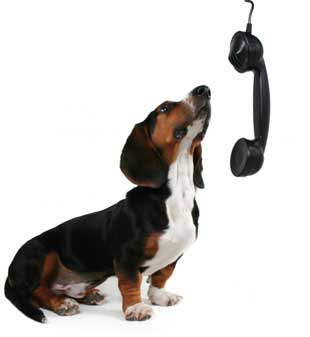 CONSUMER GROUP TO NEW YORK TIMES READERS: "SHOULDN'T THE 'HUMANE SOCIETY' DO BETTER?"
Only One out of Every 200 Dollars Donated to the Humane Society of the United States Goes to a Pet Shelter

Washington – A full-page ad from the nonprofit Center for Consumer Freedom (CCF) appears in today’s New York Times, highlighting the failure of the Humane Society of the United States (HSUS) to devote a significant amount of money to supporting America’s underfunded pet shelters. The ad explains that HSUS shares only 1 dollar out of every 200 dollars it collects with local, hands-on pet shelters. The ad encourages readers to find out more by visiting HumaneWatch.org, CCF’snew watchdog website.

Americans have become familiar with HSUS fundraising ads asking for a $19-per-month commitment that amounts to an annual donation of more than $200. But according to HSUS’s own tax records, donors making that pledge are sending barely $1 to an organization that shelters unwanted pets—the work most Americans think of when they hear the words “Humane Society.”

“HSUS’s cable TV fundraising ads are full of images of dogs and cats in dire need of help,” said CCF Director of Research David Martosko. “HSUS donors should hold the organization to a much higher standard. Instead of spending millions on executive pensions, a bloated legal staff, and PETA-style propaganda campaigns, HSUS’s leaders should put their money where their mouth is.”

Shouldn’t the “Humane Society” do better?

The Humane Society of the United States is NOT your local animal shelter. In fact, it gives less than one-half of one percent of its $100 million budget to hands-on pet shelters.

Meanwhile, this wealthy animal rights group socked away over $2.5 million of Americans’ donations in its own pension plans.

Surprised? So were we. The dog-watchers need a watchdog. Join the discussion at HumaneWatch.org.

Last week CCF launched www.HumaneWatch.org, an online watchdog project dedicated to analyzing HSUS’s activities and keeping the group honest. It includes a blog, an interactive document library, and a growing body of information about HSUS-related organizations and staff.

For more information or to arrange an interview with David Martosko, please visit www.HumaneWatch.org or call Allison Miller at 202.463.7112

The Center for Consumer Freedom is a nonprofit watchdog organization that informs the public about the activities of tax-exempt activist groups. It is supported by American consumers, business organizations, and foundations.