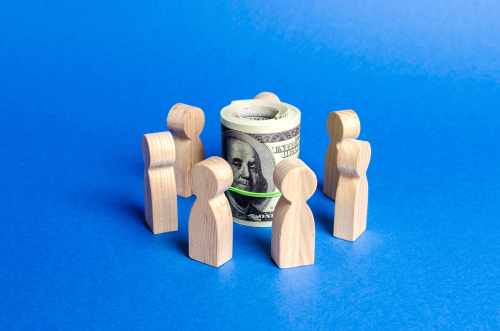 When you give to the Humane Society of the United States, your money might wind up in the pockets of a for-profit fundraiser instead of helping animals. For years, HSUS has launched telemarketing campaigns in which most (if not all) of the money pays the fundraiser.

One such fundraiser is InfoCision. In one campaign, HSUS received only 1% of the money the fundraiser made.

It turns out it’s not just HSUS donors who should take issue with the firm.

In a recent exposé on InfoCision, Politico reports that of nearly $10 million it raised for a PAC called the Conservative Majority Fund, InfoCision only donated $48,400 to the organization. Less than a penny of every dollar donated to the PAC actually went to the cause people thought it was. The solicitors reportedly accrued a large sum of money by targeting unassuming individuals with outlandish, fear-mongering appeals.

InfoCision isn’t new to scandal. In 2012, the organization paid a $75,000 fine and agreed to change its calling practices after the Ohio Attorney General alleged InfoCision’s telemarketers were failing to identify themselves as paid solicitors.

More recently, in 2018 the fundraiser paid $250,000 to settle a Federal Trade Commission complaint. The FTC alleged that InfoCision telemarketers made misleading soliciting phone calls initially denying they were asking for a donation, only to turn around and ask for mailed donations or give donation requests to family members, neighbors, or friends.

We have written about InfoCision several times before, almost always in regards to the low percentage of the donation HSUS receives. According to contracts stored by North Carolina Secretary of State’s office, past contracts between HSUS and InfoCision show that the bare minimum amount HSUS would receive from the fundraiser was only 0.01%.

That’s information donors would have loved to know–but didn’t.

Why HSUS continues to contract InfoCision for fundraising, despite the numerous examples of misconduct, is anyone’s guess. The spin we’ve seen from the telemarketing industry is that these campaigns are justified under the guise of “list-building” or “prospecting” for appeals in future years. Donors in the present, however, aren’t aware of how their money isn’t actually winding up at a charity.

It’s the charity’s fault, too, however, for knowingly entering into these agreements and taking advantage of donors.

The bottom line is HSUS doesn’t run a single pet shelter and if you give to HSUS barely any of it will reach animals in need. If you want to help animals, the best thing you can do is to give directly to your local shelter.